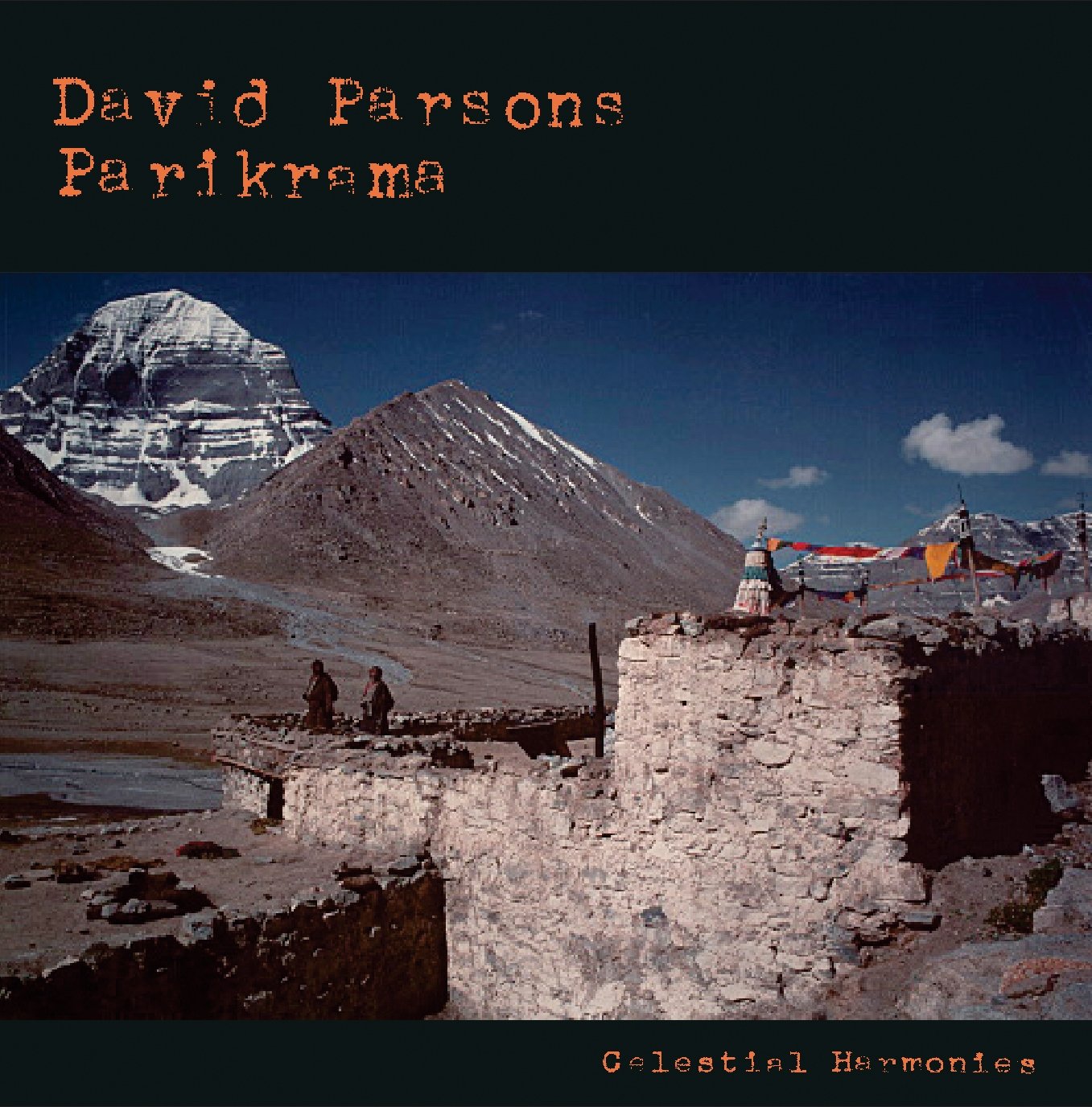 Mt. Kailas, the holy mountain of the Hindus, Buddhists and Bons (the old religion of Tibet), is situated in a fairly remote part of Western Tibet, near the Indian border. It is a natural pyramid, standing alone and perpetually capped with snow.

For Hindus it is the primal abode of Lord Shiva who sits in eternal meditation on its peak. The basic architecture of Hindu temples is based upon its shape. The Buddhists associate it with their tantric deity Chakrasamvara and the Bons believe it is the giant crystal that their founder Thonpa Shenrab descended on from the heavens. At its base are two lakes - Manasarovar and Rakshas Tal representing positive and negative energies. The site is quite remote and for most it is an arduous journey in itself to reach.

Many pilgrims make a parikrama (circumambulation) of Mt. Kailas that usually takes from three to four days, although some take longer because they prostrate themselves at every step. With this project, David Parsons attempts to create a sonic parikrama of Kailas and the surrounding area. Most tracks are intentionally quite long in order to give the feeling of an odyssey, in hopes that the listener will experience, more than just listen to, the soundscapes.

David Parsons is a New Zealand veteran of deep-space music. But for the last decade, he's been traversing Indonesia, India, Armenia, and the Middle East. From his travels, he's recorded and compiled definitive collections of traditional music, among them the 17-volume Music of Islam series. Now Parsons has returned to New Zealand, cranked up his synthesizers, and put out three albums of his own music in little more than a year, all of which draw from his travels. Parikrama is his latest and most difficult to enter. A soundscape work on the order of his 1992 Dorje Ling CD, Parsons creates a trans-Asia electronic world. Mixing synthesizers with droning tambouras, chanting voices, and whining bowed strings, Parsons orchestrates what he calls a "parikrama" or circumambulation of Mt. Kailas in Tibet. Judging from the music, this must be a foreboding place and a perilous trek. Of his recent albums, Ngaio Gamelan and Shaman, Parikrama is easily the most inhospitable, lacking the melodic and rhythmic signposts that guided you through those albums. He doesn't hit a groove until 50 minutes into the first disc and it's a welcome contrast. Parsons moves from densely packed soundscapes like "Darshan" and "Kang Rinpoche" to airy echoes of Tibetan singing bowls on "Inward Journey" and dream-state synthesizers on "Gurla Mandhata." Parikrama is a fascinating, richly textured trip, but perhaps one for the initiated. --John Diliberto

From his homeland in New Zealand, David Parsons travels frequently to Asia for spiritual and musical inspiration. After collecting musical samples and studying different musical and cultural traditions, Parsons returns to his studio to integrate these influences with his own experiences. In the process, he bridges disparate elements with seamless grace, and creates a unique musical affirmation of our common humanity and cultural endowment. He first became interested in the music of India when he heard a performance by Ravi Shankar. At that time, the young jazz-rock drummer bought a sitar and explored the instrument on his own for several years before studying with Krishna Chakravarty. He subsequently produced her recordings Ananda (17046-2), Dancing to the Flute (13135-2) and Circular Dance (13133-2).

Parsons' recordings make the Eastern sensibility comprehensible to the Western listener and formulate a unique and captivating new expression. To Parsons' credit as a musician, composer and performer, he has evolved into a rare and highly acclaimed producer of cultural music traditions. His work is often featured in film, television and radio scores, and continues to be widely praised by reviewers.

If these past 18 months have forced us to evaluate anything, it’s the importance of connection.

Why We Don’t See Ourselves Clearly

On any given day of our lives, our self-esteem is likely to hit plenty of peaks and valleys.

Genuine Relating in an Imperfect World

Why Do So Many People Respond Negatively to Being Loved?
The Do’s and Don’ts of Suicide Prevention
I Hate Myself
Haofy Car Visor Foldable Makeup Mirror, Automobile Car Interior
Fear of Intimacy: Understanding Why People Fear Intimacy
Why Am I Still Single?
harayaa MK8 Exturder Aluminum Kit for 3D Printer Series, Left

Why We Don’t See Ourselves Clearly

If these past 18 months have forced us to evaluate anything, it’s the importance of connection.
Read More

Genuine Relating in an Imperfect World

Why We Should Stop Treating Love Like a "Pie"

I recently read a famous short story by Amy Bloom about an adult woman at her mother’s funeral.
Brushmo Replacement Facial Cleansing Brush Heads compatible with

How to Help Your Child Get Things Done (Without a Fight)

Many parents struggle with repeated conflicts with their kids.
TOYANDONA 1 Pc Back to School Background Flag Colorful Chalkboar

From Struggles to Super-Powers: Helping Your Child Grow

As parents, we have many goals for our child.
Read More

Rudeness and Disrespect: What to Do and How to Manage

How to Raise Emotionally Healthy Children

In this Webinar:  As parents, we pay attention to our children’s physical wellness, never missing a symptom or a check-up. However, how attuned are we to the emotional health of our children? How well do our children deal with stress? How well do we address their tantrums or the turbulence they undergo in…
Learn More

In this Webinar:  Describe the latest findings on warning signs and risk factors for suicide Offer a conceptual model and…Learn More

In this Webinar:  A cognitive/ affective/ behavioral approach to conquering the critical inner voice that drives depression Exercises, and other…Learn More

In this Webinar:    Adolescence is a developmental period where youth explore and begin to understand their identity and racial…Learn More